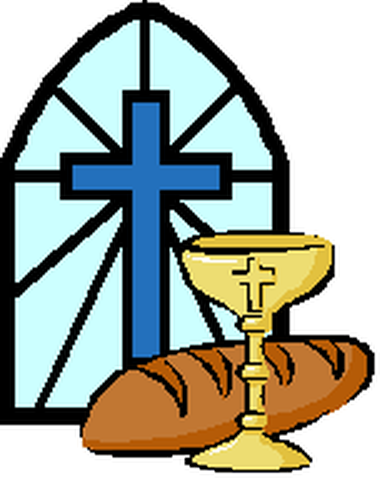 Barbara Calvert will lead a service of morning worship

Prayers are requested for

Rev. Barbara Calvert will lead our service in church and on Zoom at 10.00am this Sunday

All Welcome - use link below

When you are next in church you will be asked to complete a consent form giving your permission for us to Zoom services to those not in church. This video footage is not public or recorded but your consent is required since you may be included on camera at some point during the service. (The back row is always a “film free zone”). This relates to data protection and is required by the diocese. This form is attached and you may choose to print it out and complete it to hand in when you are next in church. Alternatively look out for copies available for completion by the door

Some years ago, a friend of mine from church invited me and another fellow to spend a few hours relaxing on his new sailboat on Lake Lanier, north of Atlanta. I knew nothing about sailing but the other two did, so I just went along for the ride.

It was a peaceful, balmy summer's eve. Several boats were out enjoying the gentle breezes and the glory of the green hills falling into the man-made lake. At one point as we sailed around chatting, my friend told me to tie down a line. I did, to the best of my ability. I never did learn all those knots they taught us in Cub Scouts.

In a matter of seconds, a summer thunderstorm descended upon us. A fierce wind caught our sails and tipped us precariously over-the mast pulled nearly parallel with the water.

We were about to sink.

My friend the captain shouted some orders to the other "crew member"-and I just got out of the way. "We've got to lower the sail! Loose that line!" he ordered. The man tried desperately to obey, but my haphazard knot was unyielding. "It's knotted up! I can't untie it!" he yelled to the captain. "If you don't untie it, we'll sink!" the captain screamed, in command but still panicked.

The realization hit me with the force of the sudden summer storm: My stupid knot was about to sink his new sailboat! We could all drown! Thanks be to God, just before we all got tossed into the lake, our shipmate got that stubborn knot to let loose. The captain frantically pulled down the sail and the ship began to right itself. With the sail down, the wind had nothing to grab on to. We motored in to the dock, all of us sweating and breathing heavily and saying very little.

Sometimes I wonder what we would have done if Jesus had been on board. Would we have been so panicked? After all, the disciples were. The story is in Mark 4:35-41.

Jesus had had a long, hard day of teaching and ministering to the growing crowds following him, clamoring for him, needing him. When evening came, he wanted to get away from Galilee to the area of the Gerasenes, on the other side of the sea. So he called his disciples into the boat and sailed away. Of course, he couldn't really escape. Jesus, the Son of God, was tired. He crawled into the stern of the boat and fell asleep. It was apparently a very deep sleep.

A huge storm came up. Waves poured into the boat, threatening to sink it. And Jesus was in the stern, head on a pillow, sleeping! [The disciples> roused him, saying, "Teacher, is it nothing to you that we're going down?" (Mark 4:37-38 The Message)

Have you ever been awakened from a deep sleep by an excited, frightened, panicked person? Maybe a child afraid of the thunder and lightning? Or an emergency phone call? Or a spouse upset after a nightmare? If so, you know that when you're tired and resting deeply, the last thing you want is somebody demanding your immediate attention and accusing you of indifference.

But Jesus' panicking disciples roused him. Jesus' first words were directed to the raging storm: "Quiet! Settle down!" Of course, he might also have aimed those words at his faithless followers.

The miracle of his authority over nature must have left them stunned and slack-jawed. His reprimand surely made them feel small; it's clear that he was telling them they could exercise this same power if they only had faith.

Lest we be critical of the disciples, let's admit that we are much like them. When one of life's storms-illness, job loss, betrayal, stress-overwhelms us, we often panic. Instead of confronting the situation in the power and wisdom of God almighty, we run around screaming in terror. Hopeless. Certain we're about to drown. Yelling to the Lord, "Help me!" Because he doesn't even seem to notice the horrible problems we're facing!

Why are we such cowards? Why do we not believe? Why is our faith so small? Jesus tells us-and the storms around us-"Quiet! Settle down!"

The next time you find yourself in the middle of a sudden thunderstorm, hear his words, and trust the one who can command the storm to cease.

The difference between ordinary and extraordinary is that little extra! more